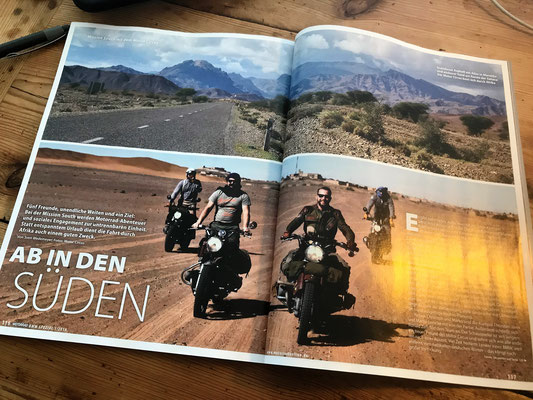 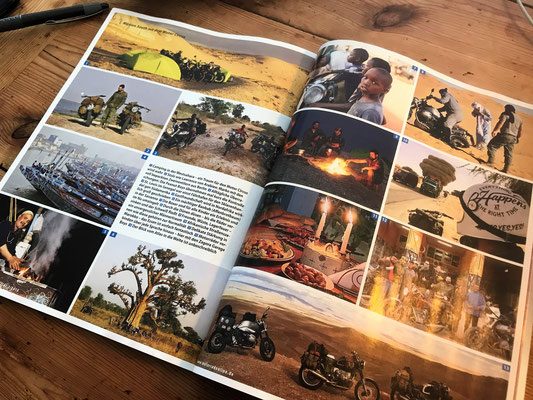 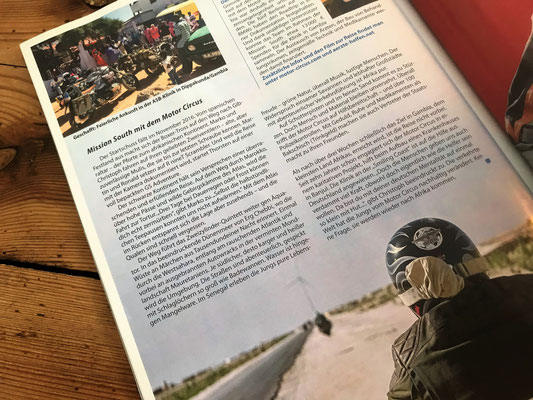 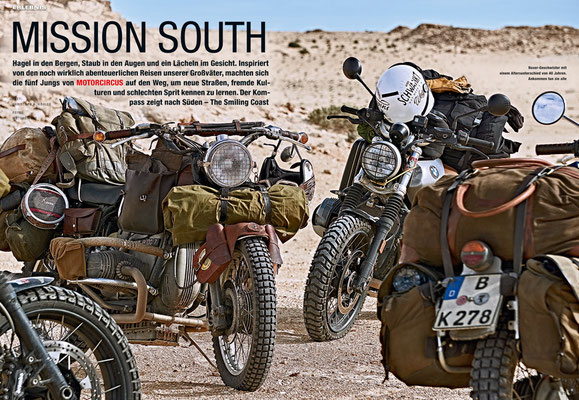 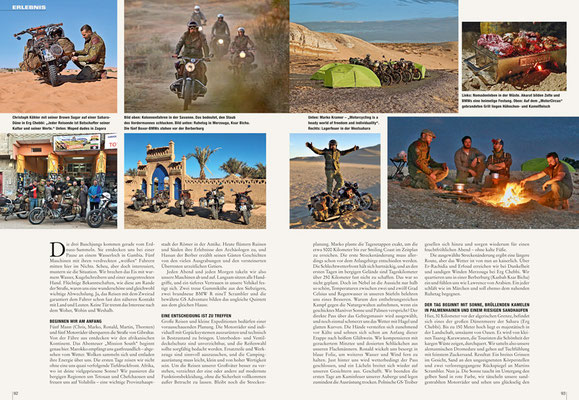 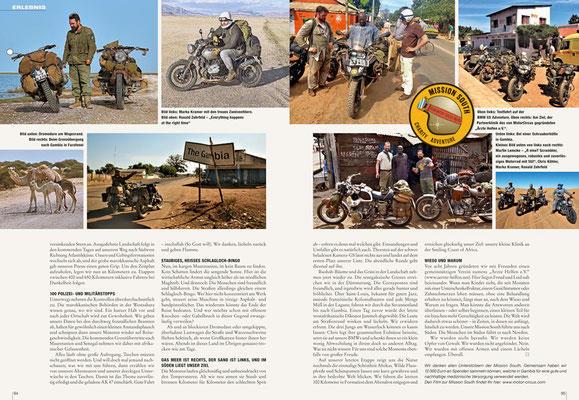 Take one of the most photographed men in the world, add one of the most desirable motorcycles of the year, and the result is a perfect match for making headlines across the globe…

Style icon David Beckham brought London’s fashionable Bond Street to a standstill on the evening of Sunday 15 September as he turned up to launch Belstaff’s new flagship store in the capital. In front of crowds of paparazzi photographers, the most capped outfield player in the history of the English game was unveiled as the new face of the famous English outdoor clothing brand.

Dressed from head to toe in leather biker clothing from the current collection, Beckham was paraded alongside the BMW Concept Ninety and accompanied by a crew of cool riders and models also showcasing various items from the latest Belstaff range, having arrived in style on a variety of café racers and custom bikes. These were not actors dressed up as bikers, but genuine motorcyclists – many of whom were riding unique BMW custom motorcycles they had built themselves, including Fred Jourden and Hugo Jezegabel from Paris-based Blitz Motorcycles, and Christoph Köhler, Marko Kramer, and Martin ‘Lemmi’ Lemcke – a trio of “BMW boxer freaks” from Berlin who go by the name of Motorcircus. (Andy Dukes)

Successful completion of Mission Manx for Motorcircus by Andy Dukes

It was the road trip of a lifetime for the four ‘Motorcircus’ boys from Berlin who rode their custom BMW motorcycles from the German capital all the way to the Isle of Man, via Belgium and England. In fact, so good was the experience that they plan to document it in a film called Mission Manx. Group member Martin ‘Lemmi’ Lemcke shares with BMW Motorrad some of the stories the quartet of classic Boxer riders experienced on this 4,000 kilometre journey of discovery…

The plan for ‘Lemmi’, Christoph Köhler, Marko Kramer and Tim Adler was to ride their old air-cooled Boxer BMWs all the way to the Isle of Man for the fortnight-long Festival of Motorcycling that incorporates the Manx Grand Prix (celebrating its 90th anniversary just like BMW Motorrad), the Classic TT and a number of other biking events.

Riding alongside Lemmi and his 1955 R 50 were Christoph on a 1978 R 100/7, Marko on his 1983 R 80 RT and Tim, who was riding an Urban Motors’ 1983 R 80 G/S. Fortunately, the four riders encountered fantastic weather throughout their journey, which made it easy for them to cover a greater distance than they had originally anticipated, as well as sleep outside at farms and even on the beach in Belgium.

“The trip exceeded all our expectations,” says Lemmi. “We had great weather, met always nice and interesting people, were overwhelmed by the different landscapes and rode almost 1000 kilometres more than planned! We’d originally thought we would do just over 3,000 km in total, but we were really lucky with the weather during this trip. In fact, the most rain we had was in Germany but once we got to England and the Isle of Man, we had beautiful dry weather which surprisingly allowed us to get good suntans. We certainly weren’t expecting that! The amazing landscapes we encountered meant that nothing could keep us from clocking up extra kilometres day by day on our rides so by the end we had reached over 4,000 kilometres in total on our wheels.”

In fact, despite riding a range of bikes from 1955 through to 1980, the BMW boxers had no major problems at all, apart from Lemmi's ‘BomberDoll’ which had a breakdown near London due to a defective generator actuator, which overloaded the electrics. The result was a big bang on the motorway and all the lights and the diode carrier blew, halting the group’s progress there and then.

With a ferry booked from Liverpool to the Isle of Man the following day, the boys had to think and act fast to get Lemmi going again. This they did with the help of a car battery they purchased. By stowing it in one of his saddlebags, and connecting it to the ignition, they were able to continue their journey, although it wasn’t easy for him to see where he was going. But with a three-man motorcade around him, and a hand torch strapped to the front of his bike the Motorcircus boys were able to ride through the dark and reach the ferry on time.

Prior to this they had made stops at the Ace Café in London and the English motorcyclists’ mecca town of Buxton, as Lemmi explains.

“As part of our planning, we wanted to visit the Ace Café and meet owner Mark Wilsmore, who made us feel very welcome at the legendary café. We had long, interesting chats with him and as we had planned to visit the Peak District national park, he suggested that we try the infamous ‘cat & fiddle’ road near Buxton, which all UK bikers know about. It was certainly fun to ride those roads and our overall impression of England was extremely positive. All the people were friendly, open-minded and interested in our trip. They were keen to know whether we liked their country and if we felt good there. And we did – it has a beautiful landscape, bad greasy food (!), great pubs and an amazing motorcycle history.”

As part of their preparation for going to the Isle of Man, the boys had watched the movie ‘Close to the Edge’, to understand what racing on this island is all about and to also get an impression of the famous Mountain Course. And then to arrive there, sample the amazing atmosphere and see all the Classic TT racers in action for the first time was a real high point, as Lemmi explains.

“To be fair, the Classic TT blew our minds, and we’re still smiling about it. We were absolutely amazed and impressed by the abilities and the courage of the racers on these old bikes. Furthermore, the thundering noise and the special smell of gasoline and Castrol R had to be experienced at close range. It was our first time at these races and we got a viewing spot very close to the track where the riders would shoot past just an arm’s length away from us. And damn, they were so fast!”

Throughout the trip, the boys shared pictures and comments on Facebook, allowing their many fans to follow the trip closely. This generated a lot of interest among riders, keen to see that you don’t need the latest motorcycles to do a big journey on, as long has you have good mates with enough mechanical knowledge to get you riding again.

“The breakdown of my bike was an initial low point of the journey, but this turned into a high point after we fixed everything and were able to catch our ferry in time,” says Lemmi. “And it was so good to see people talking about the trip on Facebook and to feel their joy and support for what we were doing. We hope to inspire some of them to go out and try a similar trip. It was the same feeling we got out on the road too, when we talked to people and told our story – they were always so interested and joyful.”

The Motorcircus boys took a lot of photos and movie footage, so a lot of their spare time over the next months will be taken up editing the rough cuts into a travel film. That said, since returning to Berlin they’ve already been back in the UK, where they were chosen to participate in the launch of the new Belstaff store in central London, alongside the BMW Concept Ninety and none other than David Beckham. But that’s another story…

...But how many of us really use these products in the way they were initially envisioned, in ways that truly suit the item? I would hazard not that many of us are out in the fields with our Red Wings or hunting with our Filson bag. This is not the case for four Berlin friends Marko, Lemmi, Chris and Tim. They may not be out in the field or in the woods, they are on the road.

Japanese CLUTCH Magazine about us 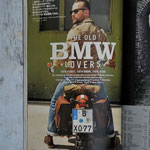 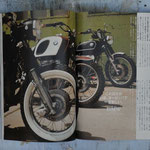 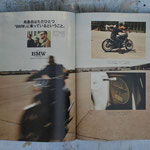 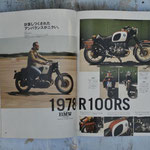 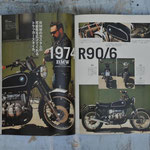 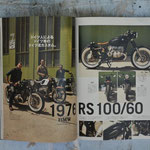 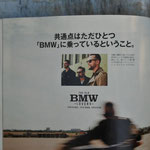